Galaktoboureko is a delicious dessert made with phyllo dough, a creamy custard filling, and an unbelievable syrup, made with sugar, water, honey, cinnamon, and lemon zest, that soaks into the pastry that, to me, is the real tour de force of this recipe!

If you’re a fan of baklava, then you have to try this recipe! Galaktoboureko is everything you love about baklava, just not as heavy and less sweet! Which means you can have two or three pieces, right?

This is one of my Bold Baking Worldwide recipes! Also try a few of my other recent dishes too: Blancmange, Baklava, and a Portuguese Custard Tart. 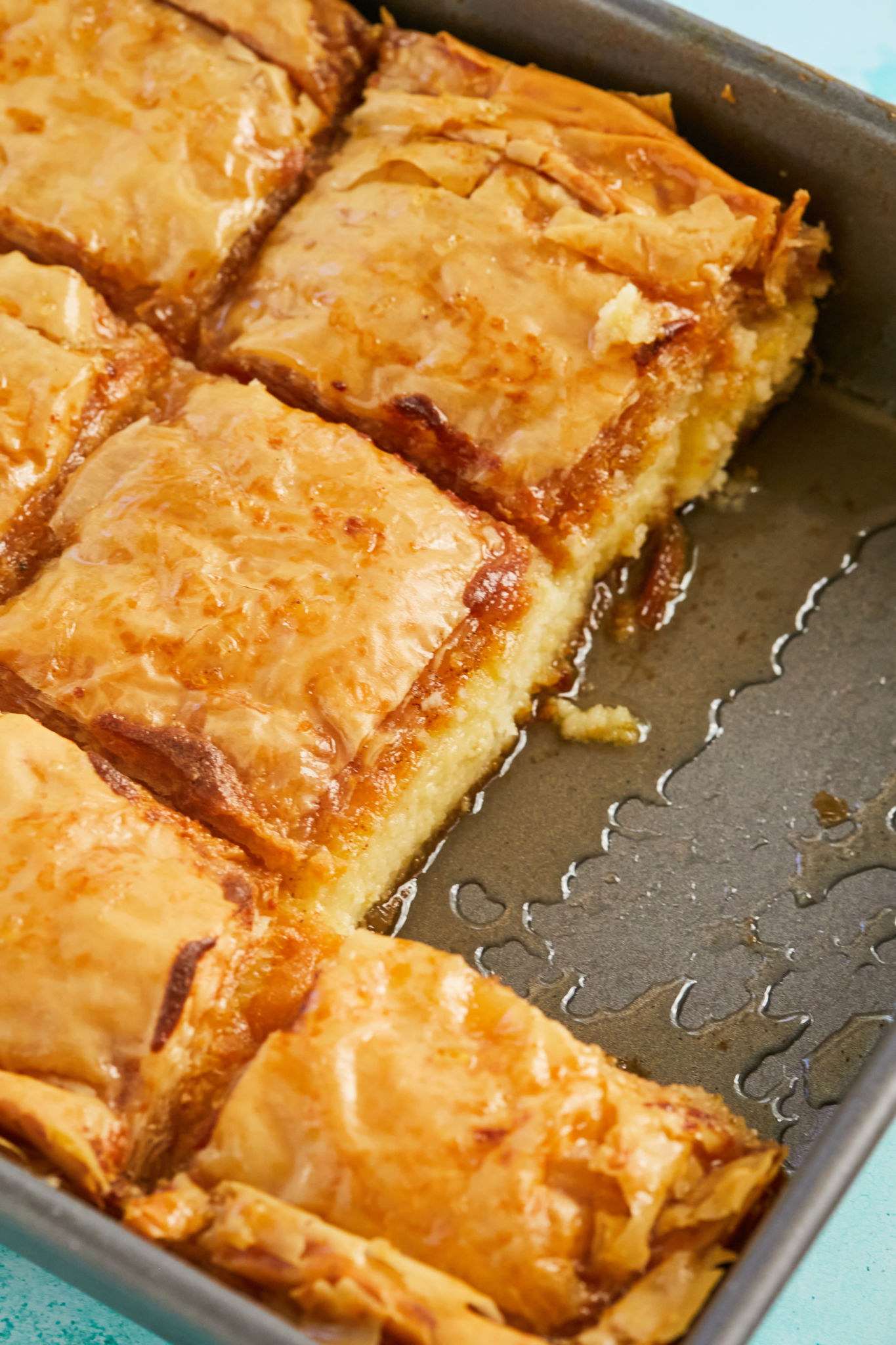 While not as well known as baklava, galaktoboureko is a popular Greek dessert, and every bit as delicious!

Galaktoboureko, also known as “Greek Custard Pie,” is also known as “Milk Pie,” which makes sense when you break down the translation. “Galakto” is the Greek word for “milk,” while “boureko” is Turkish for something stuffed in phyllo. Galaktoboureko origins go all the way back to ancient Greece, where a barley pudding, not unlike the custard in this dessert, was often served.

Beyond phyllo dough and the delicious syrup galaktoboureko soaks in, the key ingredient is semolina. Instead of a smooth custard that you are familiar with, semolina gives this custard a little grit. Without that texture, you can’t call it a proper galaktoboureko!

What You Need To Make Galaktoboureko How To Make Galaktoboureko

Making galaktoboureko is very easy! Here’s my step-by-step guide for perfect galaktoboureko (and don’t forget to get the full recipe with measurements, on the page down below.): 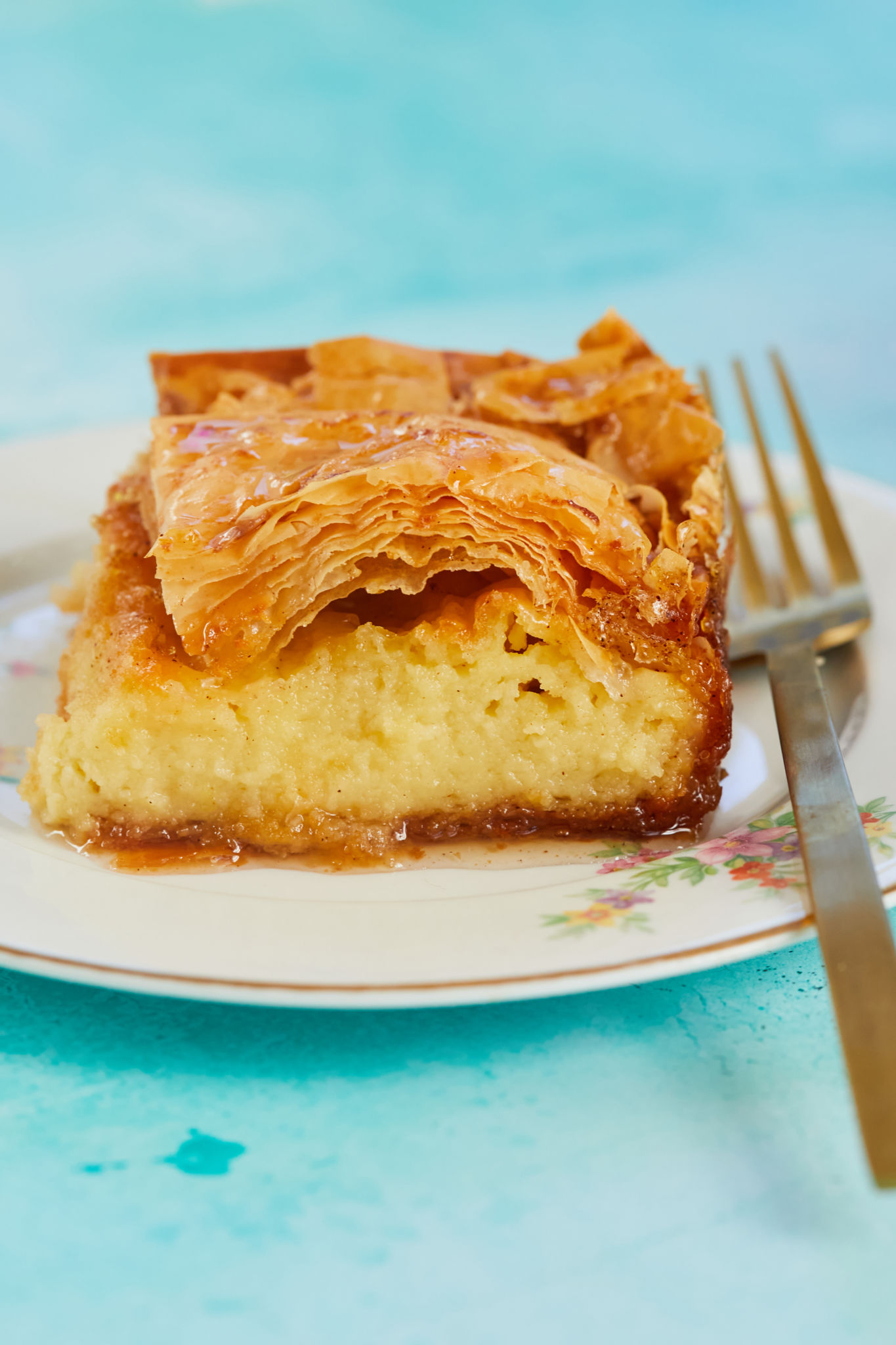 How Do I Store Galaktoboureko?

You can store leftover galaktoboureko in the refrigerator for up to 3 days! How to Make a Croquembouche with Video & Step-by-Step Guide Hi, Gemma. I tried a different recipe and the custard was prepared differently. These ingredients were used: 4 cups milk 3/4 cup sugar 3/4 cup fine semolina ​3 tablespoons corn starch 2 whole eggs 2 egg yolks zest of an orange or lemon 2 teaspoons vanilla extract 1/4 teaspoon salt The steps were the following: Beat the eggs, yolks, half of the sugar, salt, semolina, and corn starch until thick and pale yellow. About 3 minutes. In the meantime warm up the milk in a saucepan with the remaining sugar until scalding hot. Temper the egg mixture by adding some… Read more »

Hi Gemma,
Can i substitute the phyllo dough with your puff pastry

Hi gemma and everyone here! You can also make these individual rolls like spring rolls, and place them in tin next to each other leaving no space and bake. No fuss cutting portions.

Hello Gemma, So I have no idea what semolina is lol. I had to google it because as I read the recipe and then the instructions I thought maybe I could figure it out,I’m a beginner baker and well I had no clue what this ingredient was!! After googling I learned it is a type of flour well kinda lol!! My question is can ap flour be a substitute here or do I have to have semolina? If I do can I get it at my local market(wal-mart) or can I order it online? Sorry I live in a really… Read more »

Question, please.
Cut through bottom layers, too, before cooking? Is the custard so thick, it will not seep out through bottom and scorch?
(I’m thinking of making these individual, too, like volcanoes / sachets with a space for steam to escape.)

Hi chef what if in my country i can’t find semolina and phyllo dough. What else ingredients for substitute. Thankyou very much

Can we sub something out for the semolina? 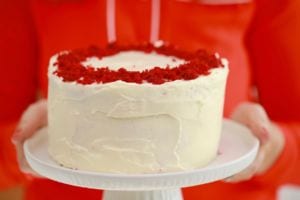