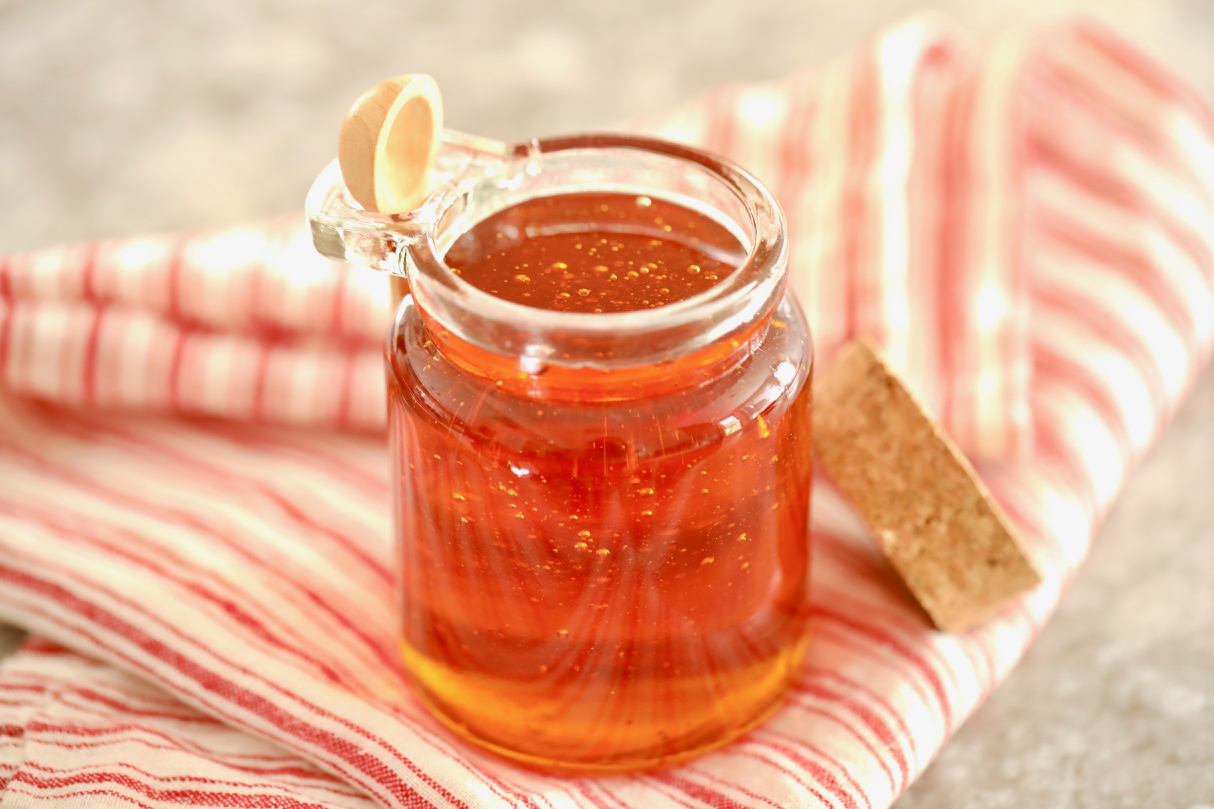 A homemade version of golden syrup was hugely requested once I released my Bigger Bolder Baking Cookbook because it makes an appearance in a few recipes. I heard you, Bold Bakers! So I’ve come up with the Perfect Golden Syrup Substitute.

Golden syrup is a very popular baking ingredient in Ireland. We use it in cookies, steamed sponge puddings, and also it’s a key ingredient when making Homemade Honeycomb. It’s a thick, caramel-colored syrup and often used in recipes where you would use corn syrup. A substitute can be made easily at home using just 3 ingredients. What Is Golden Syrup?

It’s a thick amber-colored form of inverted sugar syrup made in the process of refining sugar cane or sugar beet juice into sugar. It is used in a variety of baking recipes and desserts that you can see below. A very popular baking ingredient in Europe and Australia.

What Is Golden Syrup in America?

The best other syrup to liken it to for color and texture would be dark corn syrup. Although personally I believe golden syrup has a more caramel flavor to it. This substitute will work perfectly if you can’t buy it.

A lot of yummy European, Australian, and New Zealand recipes call for golden syrup as we don’t have access to corn syrup like the US and Canada. Mostly we add it to Sticky Toffee pudding, treacle puddings, biscuits and one of my personal favorites, Homemade Honeycomb.

What spurred me to make this substitute was that I have a few recipes in my cookbook that call for golden syrup, so if you have my Bigger Bolder Baking Cookbook then you will find this substitute really useful. What Can Be Substituted for Golden Syrup?

This exact recipe is the best substitute for a tin of golden syrup. It’s the same texture, thickness, and caramel tone and flavor that is unique to golden syrup. If you are looking for another option then you can also use dark corn syrup. I don’t recommend substituting it with maple syrup as it will not react the same way.

How do I store it?

You can store your substitute in a jar or any airtight container at room temperature. It doesn’t need to be refrigerated just like you don’t refrigerate honey, corn syrup, or maple syrup.

It will also last a very long time. I write in the recipe it lasts a minimum of 8 weeks but honestly, it should last a lot longer than that. If you think of it like corn syrup and store it properly, it will not ever go bad.

Tips and Tricks for making a Golden Syrup Substitute How to Make Homemade Butter 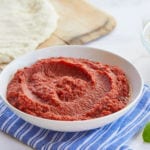 How to Make Almond Flour 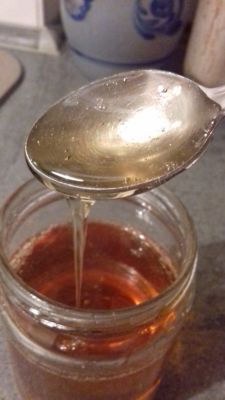 I’m not sure if you know it or not, but the left menu that shows tips, video, recipe, comments, etc. hides a good portion of the text on the left side of the screen on my iPad Air 2.

The syrup I ended up with looks exactly like Lyle’s and the consistency is spot on however, the flavor and sweetness are not. I find the Lyle’s to be considerably sweeter and far more flavorful. I used pure cane sugar.
Also, I have viewed other videos on golden syrup and they all say to simmer for 45 minutes where you say around 18 minutes. Just wondering if I didn’t understand?

So, Gemma, one needs to plan ahead when thinking of using this syrup. It looks like you need to make it 8 weeks before you need it. Or did I misunderstand? Either way, it looks delicious, and I cannot wait to try it.

I made it today here in Thailand where Golden Syrup is almost non existent. It’s excellent. Thanks for the recipe and video.

What should the finish temperature be?

Does the last paragraph mean we have to wait 8 weeks to use it? Or did you mean to write we can keep it in the cupboard for a “maximum” of 8 weeks?

Hi I gave this a try, following the recipe to the letter but a few hours later after cooling, it’s set rock hard! Don’t think I’ll be getting it out of it’s jar so it’ll all have to go in the bin. It did taste nice though but nothing like Tate and lyle which is much much sweeter. Any idea what I did wrong?

Hi Gemma, just to say thank you for your book its my go to for anything I make. Can I ask will you be bringing out another book for your new recipes? keep up the inventive streak Im loving it. best wishes to you and your family, stay well keep safe.

Hi Gemma, I tried this recipe but accidentally burned it. Is there a way to fix tit and get rid of the burnt taste?