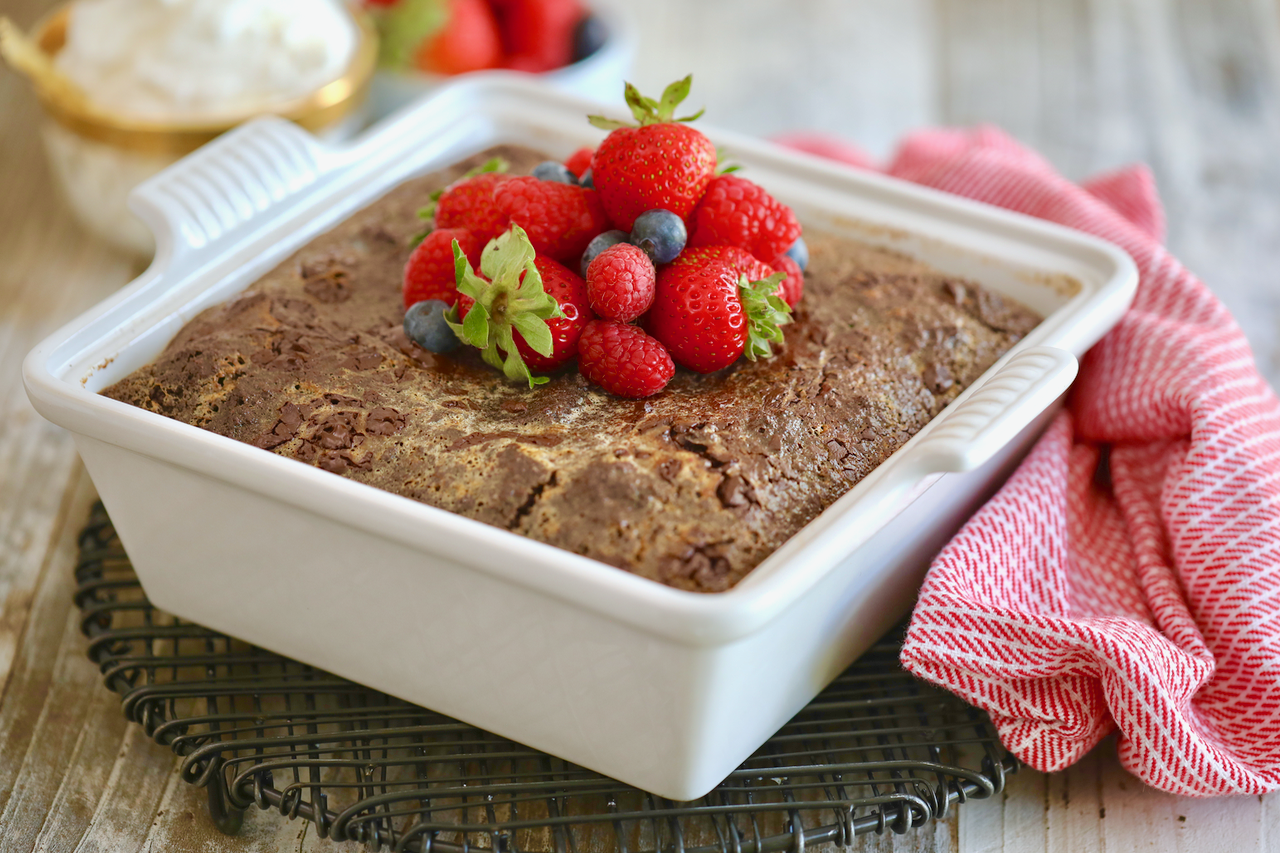 How do you take something like a box of brownie mix and transform it into a decadent 5-star dessert? I’m going to show you how to make a bread and butter pudding, but using brownies instead of bread! That’s right, this is my Brownie Bread Pudding recipe!

Is There Any Bread In This Brownie Bread Pudding?

Nope! In this recipe, we replace the bread with BROWNIES! I don’t know about you when I realized you could do that all I could think was, “How have I not already done this? I am a culinary wizard!” Remember, you can use your own homemade brownies, my Best Ever Brownies, OR you can even use boxed brownies for real ease and convenience.

My Bread Pudding Is Too Dry, What Happened?

If you watch the video you will see that the pudding is a lot of custard and an 8 x 8 inch batch of brownies. You might think it is too much custard, but trust me, you need all of it. The brownies will absorb it and if you bake it just right (with a jiggle in the middle) it will not be dry. My Bread Pudding Is Too Runny, What Happened?

This is rare and unlikely to happen. To bake this pudding perfectly you want a very visible jiggle in the middle once it’s done. That will mean it is still really moist and pudding-like on the inside.

In case you are worried it’s ‘too runny’ let me just tell you that once this pudding sits and cools it will set firmer so you want to factor that in when you are taking it out of the oven.

How do I store Brownie Bread Pudding?

Once cooled, store the pudding in the fridge. Re-heat before serving with vanilla ice-cream or whipped cream. How long does it last?

The pudding will last for up to 3 days covered in the fridge. Note that it also freezes well for the future. Always warm through before serving.

Hello Gemma,
Thanks for sharing this wonderful recipe but I am allergic to eggs, can you please tell the egg substitute.
Thanks

Would this recipe work with overcooked brownies that have nuts in them?

Is it heavy whipping cream or half and half?

Do you have recommendations on bake time if I wanted to make this in individual ramekins?

Hello Gemma, made 1/3 rd of the recipe as I had a small amount of brownies left. It was egg-cellent! 🥰.:

Hi Gemma, I made the 10 minute Tiramisu , I added gelato to it it was delicious. Thank you
-Cathy-

I had a doubt, in the beginning you mentioned that we could make the custard 24 hours in advance, so do we whisk it and refrigerate it and then continue with the 4th step the next day?

I love your recipes! I have a bunch of leftover super sweet brownies, can I make this brownies bread pudding recipe omitting the sugar (because my brownies are already too sweet) ? Thanks!

I made it using 18 2.5 inch chocolate chip cookies. I cannot figure out how to attach a picture.