Thankfully, there’s a solution! Stabilized whipped cream is delicious, lightly sweetened, and flavored with vanilla — plus, it is stable enough to hold its shape and not water out for two days!

There’s the addition of one key ingredient that helps whipped cream keep its shape for longer: gelatin! And, it’s just as easy to make as your typical homemade whipped cream!

What Is Stabilized Whipped Cream?

Stabilized whipped cream is whipped cream that includes unflavored, powdered gelatin. It tastes just like regular homemade whipped cream, but it will hold its shape for at least two days instead of deflating and watering out.

If you want a dollop of whipped cream on the side of a slice of pie, feel free to use my homemade whipped cream recipe. But if you are planning to decorate a cake, cupcake, or fill a dessert with whipped cream, I recommend you make stabilized whipped cream!

What You Need To Make Stabilized Whipped Cream How To Make Stabilized Whipped Cream

Making stabilized whipped cream is just as easy to whip up as regular whipped cream, with just a couple of more steps, including the preparation of the gelatin. Here is how you make it (get all of the full measurements, down below):

How Do I Store This Recipe?

You must store it in the refrigerator, where it will last for up to 3 days. How to Make Brown Sugar How to Make Homemade Peanut Butter 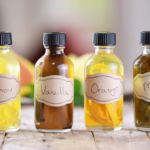 How To Make Easy Puff Pastry

Can you substitute gelatin from a box of flavored jello to make the same stabilized whipped cream?

Hi
Can we use Agar Agar instead of gelatin? Actually we are vegetarian.

Hi, could you explain why you need to mix the gelatin with boiling water instead of room temperature one?

Is this good for using as a frosting to cover cakes completely or even to pipe using different tips ?
Also can couverture chocolate be added to it?

Can this be used on an ice cream cake then put in the freezer?

Would this be good in between cake layers? x

Hi Gemma can this be piped?