History of Baking: Early On

The first bread was made in Neolithic times, nearly 15,000 years ago. At that time stone was used as a tool for all practical purposes. It was used for digging the ground for agricultural work, for cutting down the crops and then for grinding the grain to produce rough bread flour. This flour was mixed with water, shaped in the form of a round flat cake and was then cooked on a large flat stone over a fire. This was the start of the tradition, still common around the world of making flatbreads to accompany other dishes.

Dough which is allowed to stand for a period will collect wild yeasts. This is what we now call a sourdough bread. But ancient people found this through experience. They realized that they could save a little of today’s dough, to create tomorrow’s bread.

This was the start of the leavening of bread, and over time people learned to manage this process.

By 600 BC in Greece, enclosed bread ovens, a bit like our current pizza ovens were being built, and this allowed for ‘batch’ baking. The flours used however were rough blends, mostly barley, and unrefined. Wheat was expensive and rare.

The discovery that wheat, with its gluten, greatly improved the texture of bread changed bread making forever and the modern loaf was born or conceived at least.

The discovery that the fermented grains, used to make beer, produced a yeast which could be harvested for bread making, changed everything. A sustainable supply of yeast, to produce consistent bread, created a baking industry, albeit local to a village or town. Bread making was a respected profession, homes did not have their own ovens, and a baker would often cook foods for the villagers in the dying heat of the oven, for a small fee.

History of Baking: Middle Ages and Beyond

In the middle ages, finer baking was developed by the bakers, and guilds controlled the profession. Baked goods for sale were controlled and standards were imposed. Bakers started to buy the flours from mills, rather than milling the grains themselves.

Honey and dried fruits were added to produce a sweet bread, and cakes were baked for religious holy days celebrations. This is the origin of the dense, rich, Christmas cake, wedding cake, Easter cakes too. The discovery of sugar changed everything. The arrival of the Europeans in the Americas in the mid 1,400’s led to the realization that sugar, for which there was a great appetite in Europe, was easily grown in the Caribbean Islands. The availability of this sugar, along with cocoa to the wider world, allowed for the development of finer baking. By the 18th Century, sugar beets were being grown for processing into sugar, and the price came down. This meant that people of means could have sugar in their homes, and chefs and cooks in private service began to make increasingly elaborate confections.

By the 19th century, recipes were being developed and shared, and the modern cookbook was born. Cooks from private houses set up small bakeries and pastry shops, and ordinary people began to have stoves in their homes. This allowed for the control of temperatures, up to a point, and was a big step forward from open fire baking.

History of Baking: the Modern Era and More

The 20th century really changed everything. The development of refrigeration, at first to food producers, and then for the domestic market allowed for further control over ingredients, storage, preserving, etc. This had an effect on the availability of ingredients too, and seasonality ceased to be as big an issue.

As the 20th century progressed, relative wealth, education and travel changed attitudes to food. People wanted to eat and cook foods tasted in foreign places, and there was nothing to stop them. The technology available in family homes now in the western world is streets ahead of what was available in good kitchens 100 years ago. Recipes are shared by the best chefs, and anyone who wishes to bake can mostly do so, with relative ease. The internet means that everyone has a professional chef at their fingertips, no recipe is obscure, though ingredients may be expensive, and in some places, rare. This is constantly changing in our globalized world.

Some parts of the world have a bit to go, and a lot to teach us too. We are still developing recipes, reimagining old ones, and inventing new ones — this is what makes life interesting! 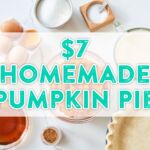 Hi Gemma, thank you for all your wonderful recipes
Please won’t you show us how to make sourdough bread – From starter to finish product
I have found quite a few recipes but I’m not sure when to actually use the starter for the bread
Thank you
Rochelle

Aloha from Carlsbad Gemma, I’m a humber baker & love your recipes as well as all of your fabulous tutorials. Thank you for such great teaching & encouragement! I will no longer search Pinterest for any needed recipes because I will be following all of your wonderful & worldly wisdom ;). I’m a miracle cancer survivor & am currently out of work and about to have my # 120 surgery… yes its not a type O, the amount is correct, and thats why I’ve been given the name of all of my Oncologists as well as family and friends who… Read more »

Oops! I forgot why I was writing you and I meant to ask you where and what kind of chocolate and cocoa you recommended to use for us “Bold Bakers”?
Thank you kindly.
Carlsbad Connie

Thank you for sharing that fantastic story.
I love learning new things.

How To Feed A Christmas Cake