Bake like a pro at the Bold Baking Academy! You know that yellow tub of cornstarch you have in the back of your cupboard? The one you bought seemingly years ago and hardly have to replace because it seemingly lasts forever? It’s a go-to whenever you find yourself having to thicken up a runny gravy, or a too liquidy soup, or when you want to create the crispiest fried chicken.

Did you know that this magic ingredient also makes an incredibly creamy, flavorful egg-free gelato? My Cornstarch Ice Cream recipe is even made without a machine, so you can start imagining yourself on a vacation to Sicily in no time.

While this recipe does take a little bit more effort than my 2-Ingredient Ice Cream, the result is a delicious, super dense, and silky-smooth ice cream. You may never walk down your grocery store’s frozen aisle again! What is Cornstarch Ice Cream?

Instead of using egg yolks, this recipe calls for the magic ingredient: cornstarch. Apparently, this is how they do it in Sicily!

So what does cornstarch do in ice cream? Basically, it serves as a stabilizer and keeps the liquid ingredients in the ice cream from moving around and forming just chunks of ice instead of a creamy, easy to scoop dessert.

What You Need To Make Cornstarch Ice Cream (Eggless Gelato) How To Make Cornstarch Ice Cream

A lot of people think that they can’t make ice cream because they don’t have an ice cream machine, but that isn’t true! Just follow these super-simple steps (and don’t forget to get the full recipe with measurements, on the page down below): How Do I Store Cornstarch Ice Cream?

Homemade cornstarch ice cream can be stored in the freezer for up to one week. But if you serve it alongside some warm brownies, it probably won’t be around that long! 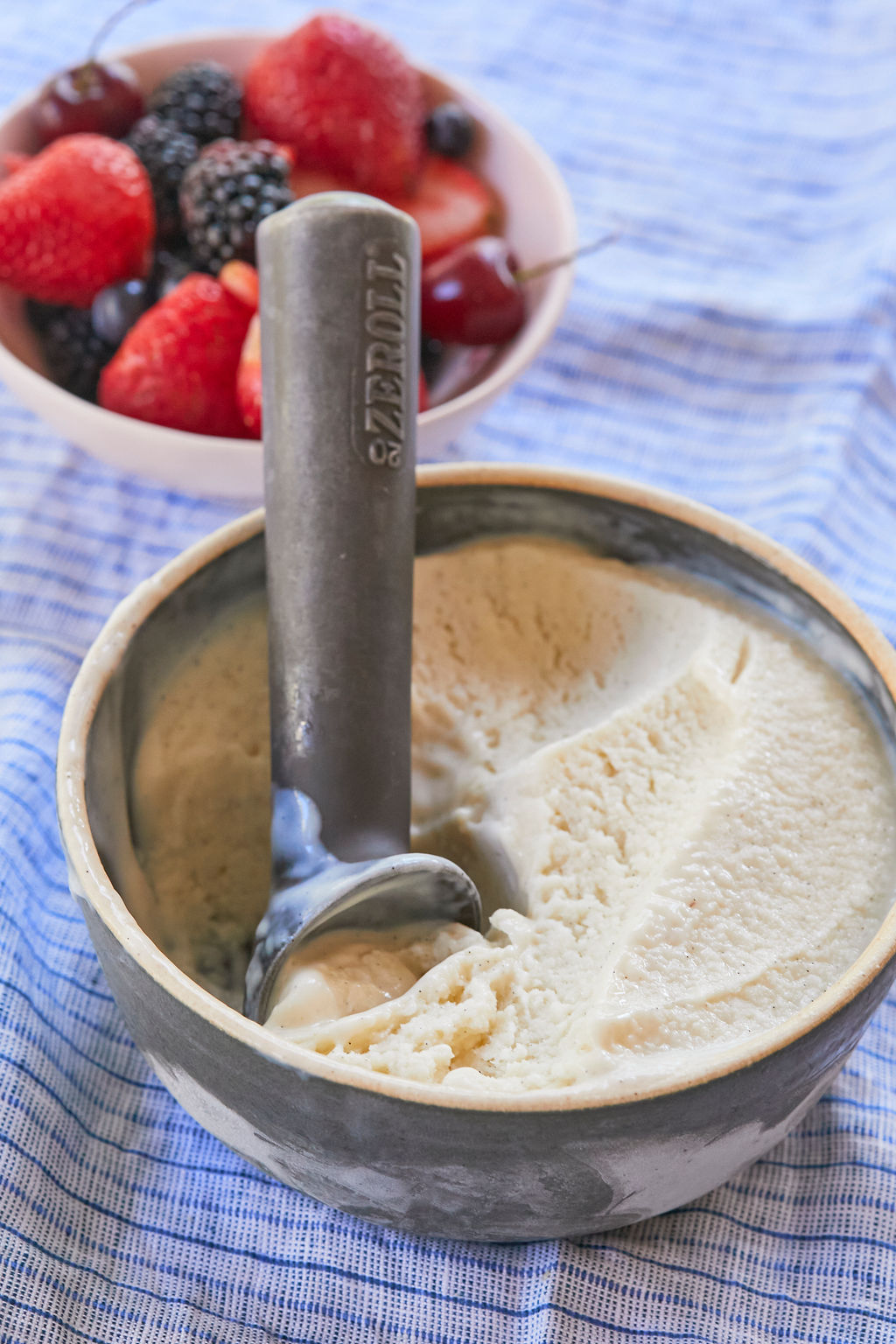 The Pistachio Gelato Of Your Dreams

Can you please do a video on how you make it. Thank you

This recipe looks pretty easy and would love to try a chocolate version!

In place of the cornstarch, try using custard powder (which is basically constarch with yellow food colour and vanilla) instead and your are in for a treat!

Hi Gemma,
I have tried many of your recipe(Pizza,Crazy dough Cinnamon Roll,Chocolate cake,VeganPasta,2 Ingredients ice cream) which is foolproof.
In this recipe,Can I replace heavy cream with full fat milk and melted butter in 2:1 ratio?

Can I substitute oak milk ? I’m vegan, I do not have dairy products. Will it come out smooth

Hi
rather than freezing
can I use dry ice to make it fresh?

Would this recipe also work in an ice cream machine?

What about that hot fudge??

This looks amazing, how would I convert this into espresso/coffee flavor?

Hi Gemma,
Do I need to stir the gelato mixture every 30-60 minutes when I start putting it into the freezer? I saw this instruction from your egg custard based gelato video. So I’m just wondering if I should do the same for this eggless version. And please do a video for this recipe to =) .Thank you.