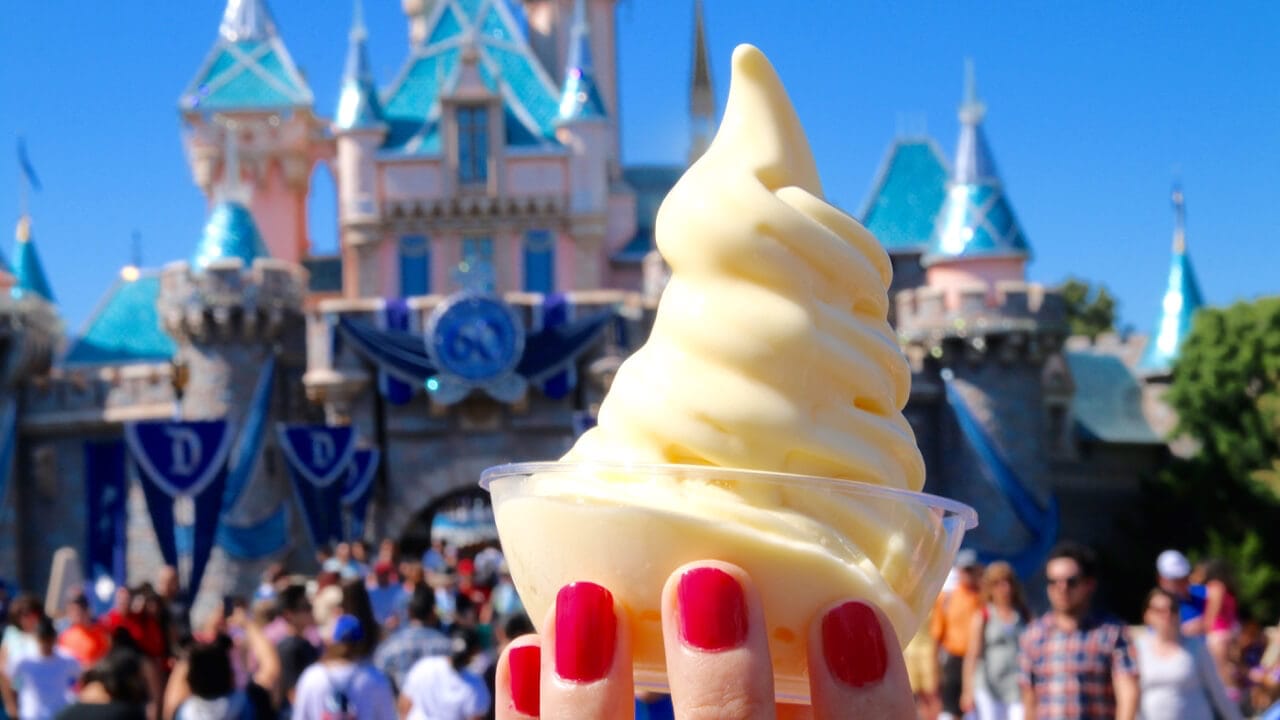 The weather is starting to heat up in Los Angeles so my husband, Kevin, and I took a day off and headed to Disneyland. YES, we are those grown-ups who don’t have children and have season passes to Disneyland.

What Is Dole Whip?

I have a hit list of Disney’s favorite treats: turkey legs, Mickey Mouse ice cream bar, and caramel corn. On this trip I tried Dole Whip for the first time. Little did I know this is one of Disneyland’s most popular park treats. Dole Whip is a frozen whipped pineapple (similar to soft-serve) that is perfect when it is 90°F out and you have been queuing up most of the day.

Outside of Disneyland, Walt Disney World where you can get the dessert at Aloha Isle inside the Magic Kingdom, and the Dole plantation in Hawaii, there are only a few other places in the world where it is sold. So instead of looking for Dole Whip near you, try this homemade Dole Whip recipe.

While you can enjoy Dole Whip with Dole soft serve, which is a delicious pineapple soft serve, at Disneyland, you can use my recipe and definitely add on some vanilla ice cream. The fresh pineapple flavor goes perfectly with the ice cream. 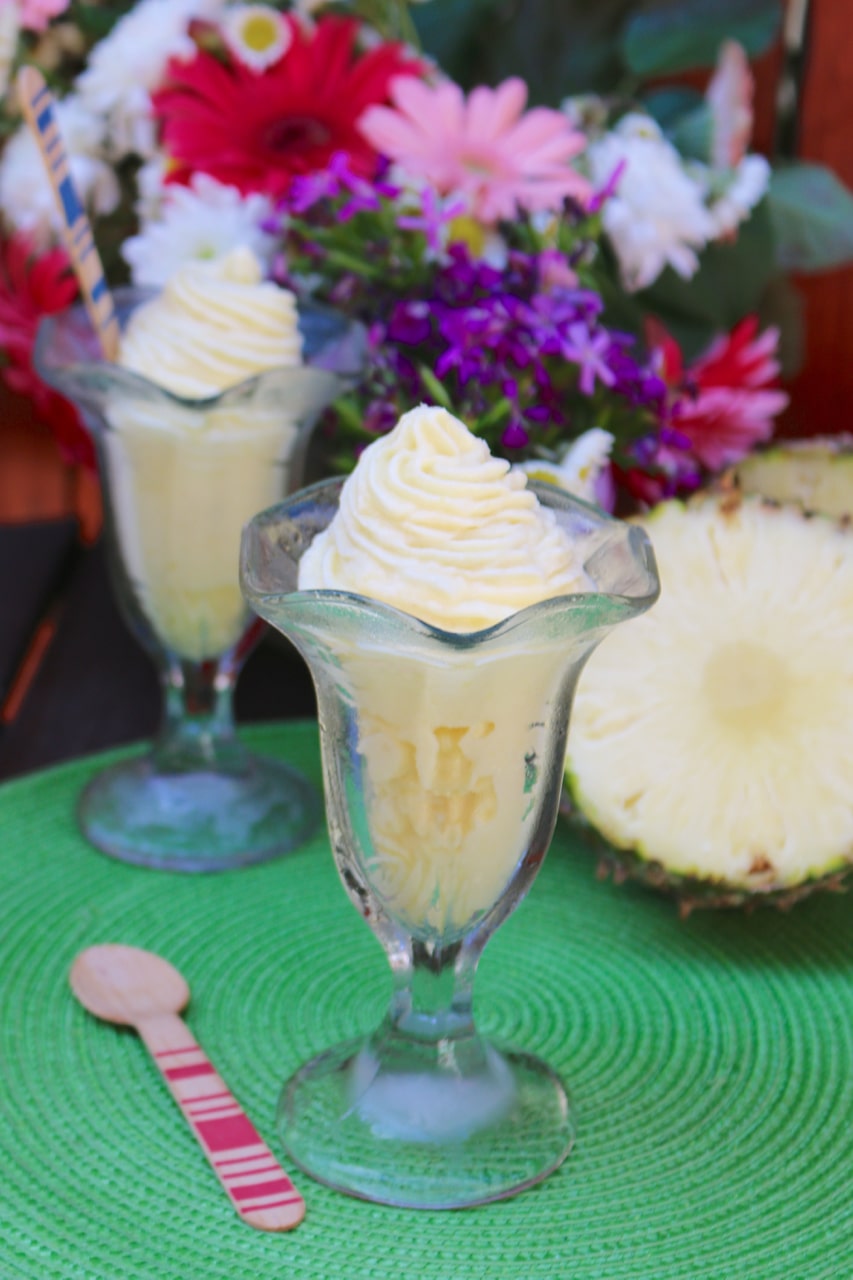 While I loved this dessert, I discovered that many of the Dole Whip ingredients included stabilizers and lots of things I couldn’t pronounce. It didn’t spoil the fun, but it did make me think I can make something simple and impressive at home.

My Dole Whip recipe, or pineapple whip, is not only a delicious Summer treat, it requires just 2 ingredients. Simply pulse your frozen pineapple and coconut milk in a food processor or blender. You will have to stop a few times to move around the pineapple. When the mix is blended, enjoy it straight away!

How To Make Dole Whip

With this pineapple Dole Whip recipe, you don’t have to trek to Disneyland to have a cast member make your favorite frozen treat. There’s no need to make a Dole Whip Disneyland trip or a Dole Whip Disney World vacation just to get this dessert. Just whip up some of your own, theme park-free, in four easy steps (and don’t forget to get the full recipe with measurements, on the page down below). The end result should be creamy and sweet. Basically, you can expect the perfect summertime drink. And if it tastes a bit chunky at all, just toss the drink back in the food processor. 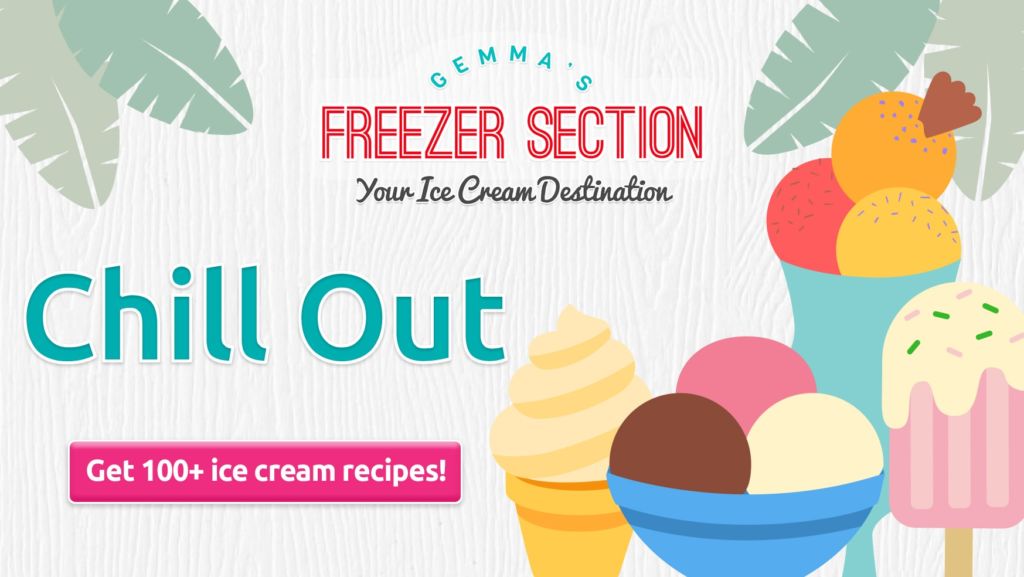 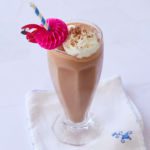 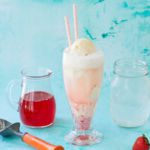 Normally 16oz = 2 cups, not 4. However, the weight of pineapple is very different from what we normally weigh in a cup — like flour — so both measurements are right. The pineapple is chunky and big and doesn't fill a cup the same way flour would.
Nutrition Facts
Homemade Disneyland Dole Whip
Amount Per Serving (4 g)
Calories 161
* Percent Daily Values are based on a 2000 calorie diet.
351 Comments
most useful
newest oldest
Inline Feedbacks
View all comments

I did exactly as stated and used FROZEN pineapple and LOW-FAT coconut milk, and blended in my Vitamix. It was spot-on, the same flavor profile and texture. FANTASTIC!!! After we tasted the first round, we added liquor to turn it into a refreshing cocktail. That too was amazing. I think I want to try adding vanilla bean and mess with other variations, but this recipe is perfect as written!!!!!!

Has anyone frozen this in a popsicle mold? Just curious it sounds good !

Turns out great every time! Since frozen pineapple comes in 10 oz. bags at my store, I use two of them, plus 1-1/4 cups coconut milk. I do usually add a drizzle of honey and a pinch of salt; though neither are necessary, they really wake up all the flavors and provide good balance. A welcome bit of summer any time of the year. Don’t forget the Tajin!

Just made this with a touch of sweetened condensed milk and topp3d it off with a shot of Kraken spiced rum! So yummy!

can I use banana? The pineapple is delicious tho!

My dole whip turned out to be like a pineapple puree

I absolutely adore your recipes, because you weigh your ingredients. Maybe in two more centuries we Americans will learn that baking and desserts like this are so much easier when we use mass. I set my Vitamix container on my digital scale set for grams, added my milk of choice, tared it back to zero, then added my frozen pineapple, and then blended it using the tamper. I have made this exact recipe almost 3 dozen times since you have posted it. Perfection! If it is not sweet enough to you, BBB fans, please add a pinch of salt. Do… Read more »

Hawaiin Dole whip is so good! I’m so glad they came up with this at the Dole plantation in Hawaii. 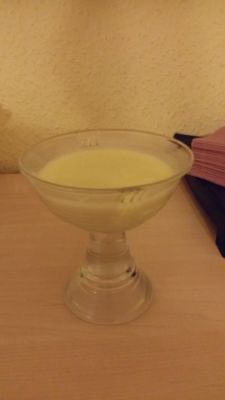 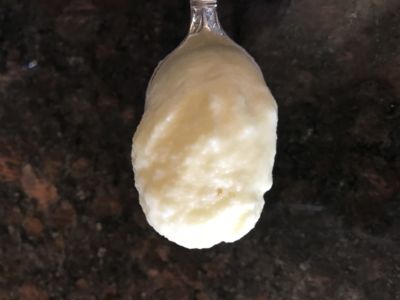 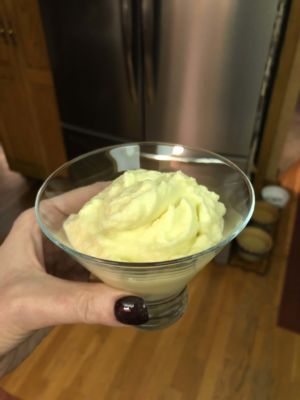 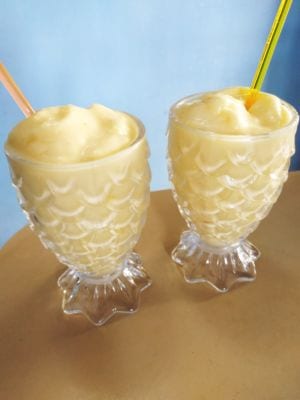 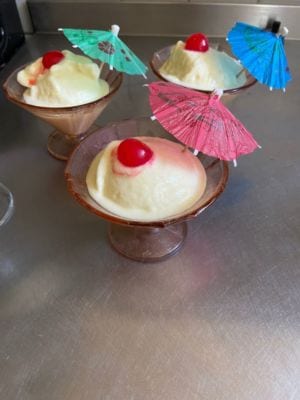