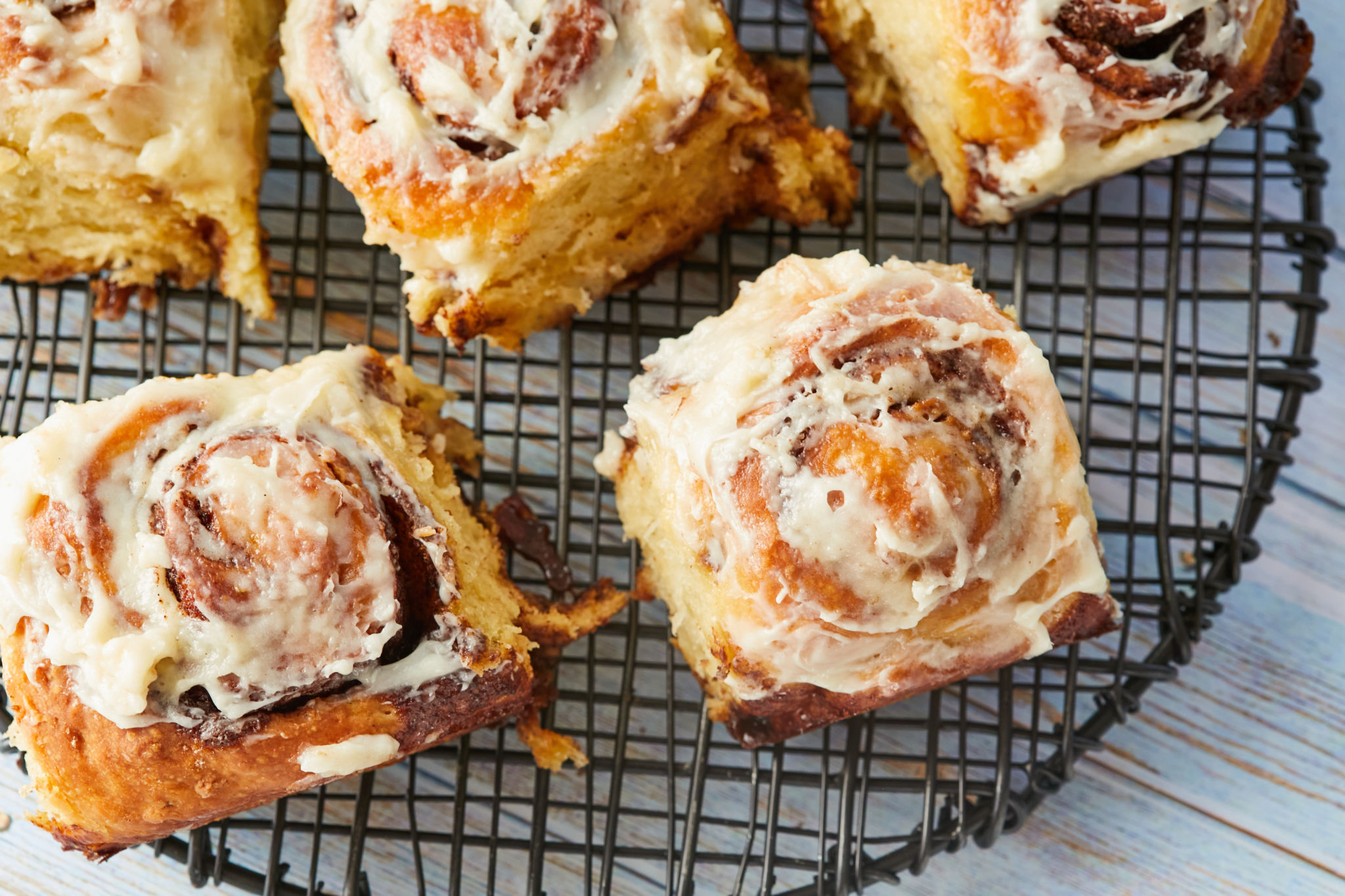 I’m so excited to share with you my recipe for gooey, fluffy cinnamon rolls that will make your mouth water from when it’s baking in the oven to that very first delicious bite. Not only is this recipe easy to follow, but the homemade filling and glaze will take no time at all to prep and make.

The secret to this sweet breakfast dish is refrigerating the dough overnight so that it brings out all of the flavors. And the best part? No machines are necessary! Once you’ve enjoyed the big cinnamon rolls that you’ve made from scratch, get the rest of your cinnamon roll fill with my other recipes for a cinnamon roll cake, no-yeast cinnamon rolls, a no-yeast giant cinnamon roll, and crazy dough cinnamon rolls!

These truly are my Best-Ever. What Cinnamon Roll is complete without the perfect filling to make for a creamy and puffy combination? Thankfully, creating your own filling will take you no time at all. Simply combine the butter, brown sugar and cinnamon in a bowl, stir it up, and then keep it handy for when you lather up your dough!

How To Make Cinnamon Rolls

Making cinnamon rolls by hand may take some time, but it will yield gorgeous results. By letting it sit in the fridge overnight, you’re guaranteed more flavor and it even grows too! With this recipe, you’re going to see fluffy, bubbly results. Eat your heart out, Pillsbury cinnamon rolls (and don’t forget to get the full recipe with measurements, on the page down below)::

How To Make Cinnamon Roll Icing

In a bowl, place cream cheese, butter, sugar, and vanilla and beat the cream using a whisk or a hand mixer. Then, you can add to the top of your cinnamon rolls. Hi Gemma, do you punch the dough after it has its first rise before putting it in the fridge overnight? From your video, the dough looks small just before you put in the fridge as compared to when you first showed it after the first rise. Hope you can advise! Thanks!

Hey Gemma,
I followed all the exact measurements, but the dough was extremely sticky, and I had to add a lot of flour, but I was scared to knead it. The dough was sticking everywhere, and even after I managed to roll it with the cinnamon mixture, I couldn’t transfer it into the baking dish without it breaking and the filling oozing out everywhere. It does look yummy still, but what can I do to reduce the liquid? Do I cut down on the milk or water or increase the amount of flour?

This is not a good recipe for me. My flour doesn’t absorb the liquid well. It is sooooo watery. The filling drops down and the buns look horrid from the bottom.. Always soo messy. I think I’m gonna try a different recipe. My flour is different from yours so should I get rid of the one egg and decrease the amount of the milk? Also should I make a paste or sprinkle cinnamon and sugar?

Thank you so much for a great easy recipe! I originally bought ingredients for a different 1 hour cinnamon roll recipe, but found your video on youtube last night at about 10 pm. I madly through the dough together so that i would be able to proof it for two hours before throwing it in the fridge overnight. It didn’t seem like it got a good rise, but It smelled great so I went with it. I had to wait until 8 am before i could finish making them this morning. They turned out great! I’ve never made a dough… Read more »

I was wondering how do you answer all our questions at once and with hundreds of recipes?

I always wary about baking with yeast as I have never make them work properly. My past breads never rose to how I wanted and expected so am bit worried about trying your cinnamon roll recipe. But the secret / tip you provided about not letting salt and yeast touch has done wonder for me 🙂 This came out delicious and just as I can get from my favorite bakeshop. Thank you for imparting your expertise to us! More power to you!

Hi Gemma,
I followed dis recipe as per the YouTube recipe n wen I did it it turned out to be too watery.
So later when I checked out ur site,it shows 1/3 cup of water whereas the YouTube recipe shows 1/2 cup of water.similarly,the yeast was shown to be 3/4tbs n here it says 3 tsp.
So now is my dough a lost cause or can I do Sumthn to revive it?

I made cinnamon rolls with this recipe recently but I didn’t want to wait 8 hours to bake. Is it important that it sit in the fridge for 8 hours or can I just let it sit for a few hours and then bake it? 😁

Hi Gemma. Thank you so much for this fuss free recipe. It turn out amazing. Softest and fluffiest cinnamon rolls I ever tasted. 👍 I have added some banana fillings as well and it really was heavenly good with the rolls. Once again thank you so much for sharing this great recipe.

These look delicious. I plan to try the recipe. Love your recipes! Question……where do you get your cute spatulas? I have been admiring them when I watch your videos. 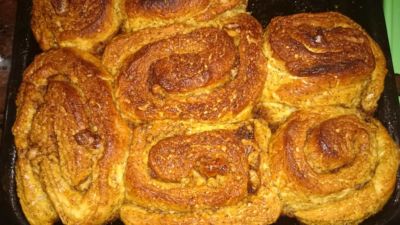