In an effort to make all bread-based baked goods more approachable I have for you one master dough recipe that can be transformed into a variety of different sweet and savory breads! It sounds crazy I know, hence the name Crazy Dough! But believe me it is 100% possible. This is a yeasted, no-knead bread dough that can be mixed up in one bowl. Even a novice baker can handle all of these breads.

You’ve already seen me transform my crazy dough into Sweet Nutella Braided Bread and a delicious Pizza. Now I’m taking it to the next level and simplifying classic Cinnamon Rolls. Cinnamon Rolls are by far one of my favorite baked goods to make at home. There is nothing that compares to the smell of fresh sweet bread and cinnamon throughout the house.

The usual technique used to make Cinnamon Rolls can be daunting and the time the dough takes to proof can feel like forever. But my Crazy Dough Cinnamon Rolls are just a few steps away. After mixing up and proofing your crazy dough you simply roll it into a rectangle, generously spread it with cinnamon, brown sugar and butter. A quick roll then a slice and that is really all that’s to it. While still warm the finished Cinnamon Rolls are completed with a thick coat of classic cream cheese glaze. Ooey gooy homemade cinnamon rolls are irresistible, especially when they can be made this easily. Whether it be for breakfast or dessert you and your family will love these Crazy Dough Cinnamon Rolls. There is no reason to buy another store-bought cinnamon roll again! Hai Gemma… I’m Malaysia. Wanted to ask: the 1 batch of crazy dough is half from the dough batch you prepared right?)

And if i am out of milk (for the yeast mix), could i use cashew/almond milk? Or substitute with water is good enough? Thank you.

I have sat for a few days looking at your recipes, trying to decide which to make first. I think it will be cookies with my granddaughter. I do have a question though while watching the crazy dough videos you said someone asked if you could use it to make hamburger buns you said yes could you explain a little on the how to thank you. and can’t wait for more videos and recipes to try. Thank you

Hello Gemma, i have a question about the crazy dough cinnamon rolls. Can you make the cinnamon rolls the night before and bake in the morning? If so what would the process be? Warm yo room temp then bake or what? Thank you!
Naomi

I’m so happy with you excellent recipes!
Thanks

If I refrigerate the dough overnight or for a few days does it need to come to room temperature before use?

First time making cinnamon rolls! They are really good! I also made dough for pizza!

Easy and really yummy. I will make 1.5X the filling next time as I ran out the first time. I also used the sticky bun caramel recipe for these and man were they a hit!

Thanks Gemma, my daughter love my cinnamon rolls.

Hello,
I let my crazy dough sit in the fridge 1 day. But when I wanted to use it. It was very sticky. So I just kept adding flour. When I rolled it out to make the cinnamon rolls, the dough stuck a little to my floured surface. Did I do something wrong. In the process of making the dough? 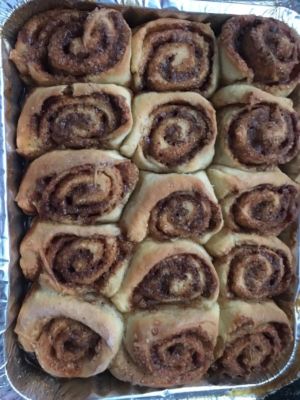 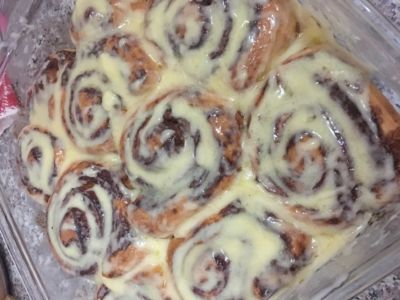