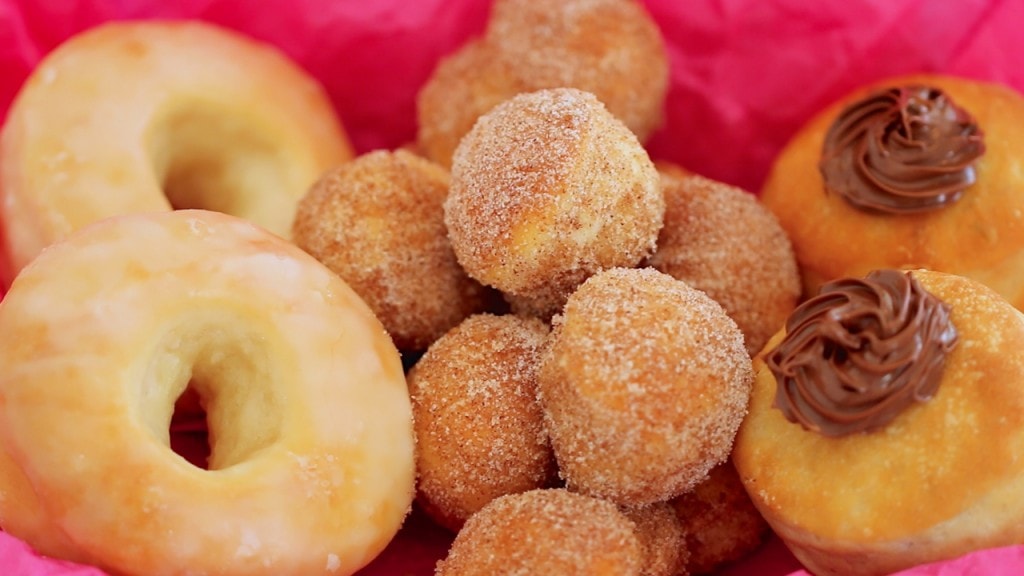 By popular demand, I’m bringing you my favorite Baked Donuts done 3 BIG & BOLD ways! I think you’ll like my baked donuts better than the usual fried ones, and I don’t think you’ll miss the extra fat and mess from a deep fryer. With that said, let’s get out those baking sheets and get to baking.

Is A Baked Donut Recipe Healthier Than A Recipe For Fried Donuts?

Yes, they definitely are.  A typical fried glazed donut will be around 269 calories, while a baked donut will have much fewer. The difference is the fact that you won’t be dealing with any extra fat from the oil from frying when you bake. What’s The Difference Between Homemade Cake Donuts And Yeast Donuts?

How To Make Homemade Donuts

This easy-baked donut recipe is not only healthier than the fried option but making homemade donuts from scratch is tastier than store-bought options because it will be fresh out of the oven. Here’s how you make your own donuts right at home, baked (and don’t forget to get the full recipe with measurements down below): How To Make Homemade Donut Holes

Donut holes, or doughnut holes, are the literal definition of leftovers. While excess dough from making baked yeast donuts can be discarded, why waste a perfectly good second recipe for donut holes. Bake the spare donut holes from making donuts along with the donuts and then follow these easy steps.

How To Make Stuffed Nutella Donuts

If you want to make stuffed donuts, just avoid cutting out the donut holes. Bake the donut as you would normally do and once it’s cooled follow these quick steps: 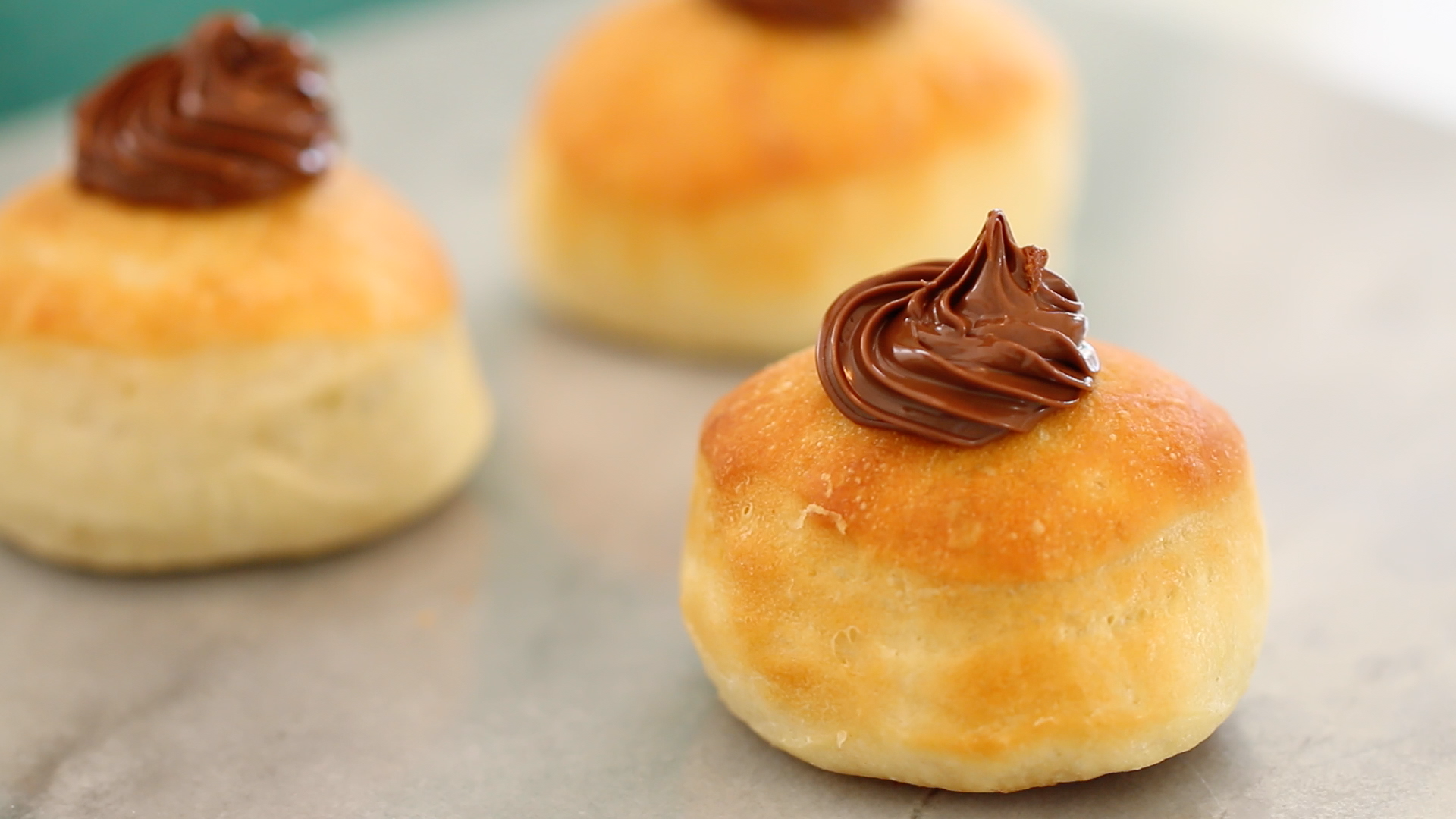 Fluffy, sweet, and savory, your easy homemade donuts should be savory, with a hint of golden brown. And if you’ve added your glaze, it should be a little runny rather than flaky. Get out the paper towels, because it’s going to be messy but delicious.

How To Store Homemade Glazed Donuts

Your best bet is to enjoy homemade glazed donuts immediately. Introducing moisture to the glaze, even in a fridge, will ruin the glaze. You can freeze the glazed donut in an airtight container, but be sure to defrost the glazed donut at room temperature for 10 minutes or so. For the Donut Dough:

Hi Gemma! Thank you for such a simple recipe! I loved it! My only problem was that my dough was too sticky, so I had to add like an extra 1/2 cup of flour (maybe because it was too humid). Also, I would’ve liked a sweeter dough, because without the glaze, the donuts taste just like plain bread.

These are soooooo good! I’m not gonna lie, I didn’t believe that they would taste as good as fried donuts, because, let’s be real, fried things just taste good, and lots of alternative versions of fried food are disappointing. But these are great! If I didn’t make them I wouldn’t have thought they were baked. I’m 16 and only started baking with yeast a couple of months ago, but the recipe was easy to follow, I even cut the recipe in half and used a donut pan. I’m making these again and will force everyone I know to try them.

Hi Gemma
LOVE all your recipes and I’ve managed to get hold of your book which is fab too!
Quick question – could you leave these in the fridge to prove for longer than 1 night?
Thanks so much 😁

Hi Gemma, I would like to give this recipe a try. Can I substitute dry active yeast with instant yeast? How much instant yeast do I need? Thanks in advance.

This is the first time I tried your recipe and the doughnuts came out really well. It was a big hit with my family. Thank you.

Also, should I add sugar into the dough to make it sweeter?

These were amazing – I was a bit doubtful that the recipe would work but it was extremely successful. I stuck to the glazed ring doughnuts but am going to try some variations next time. Thanks so much – have only just discovered your website, but it’s fantastic. I especially love the home made ingredients section. 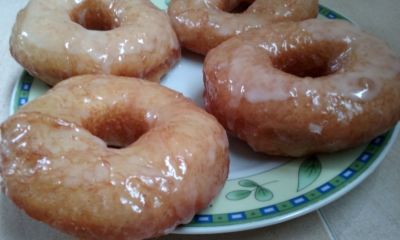 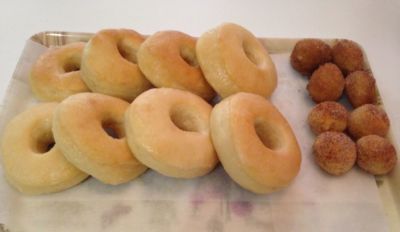 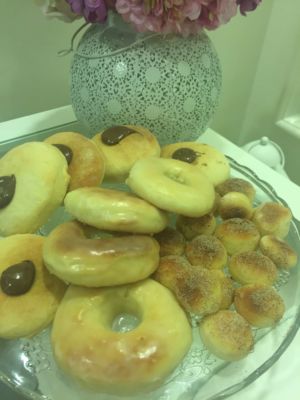 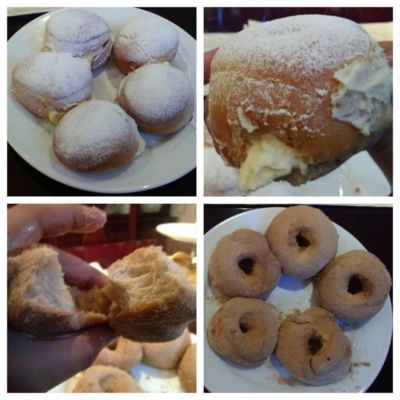